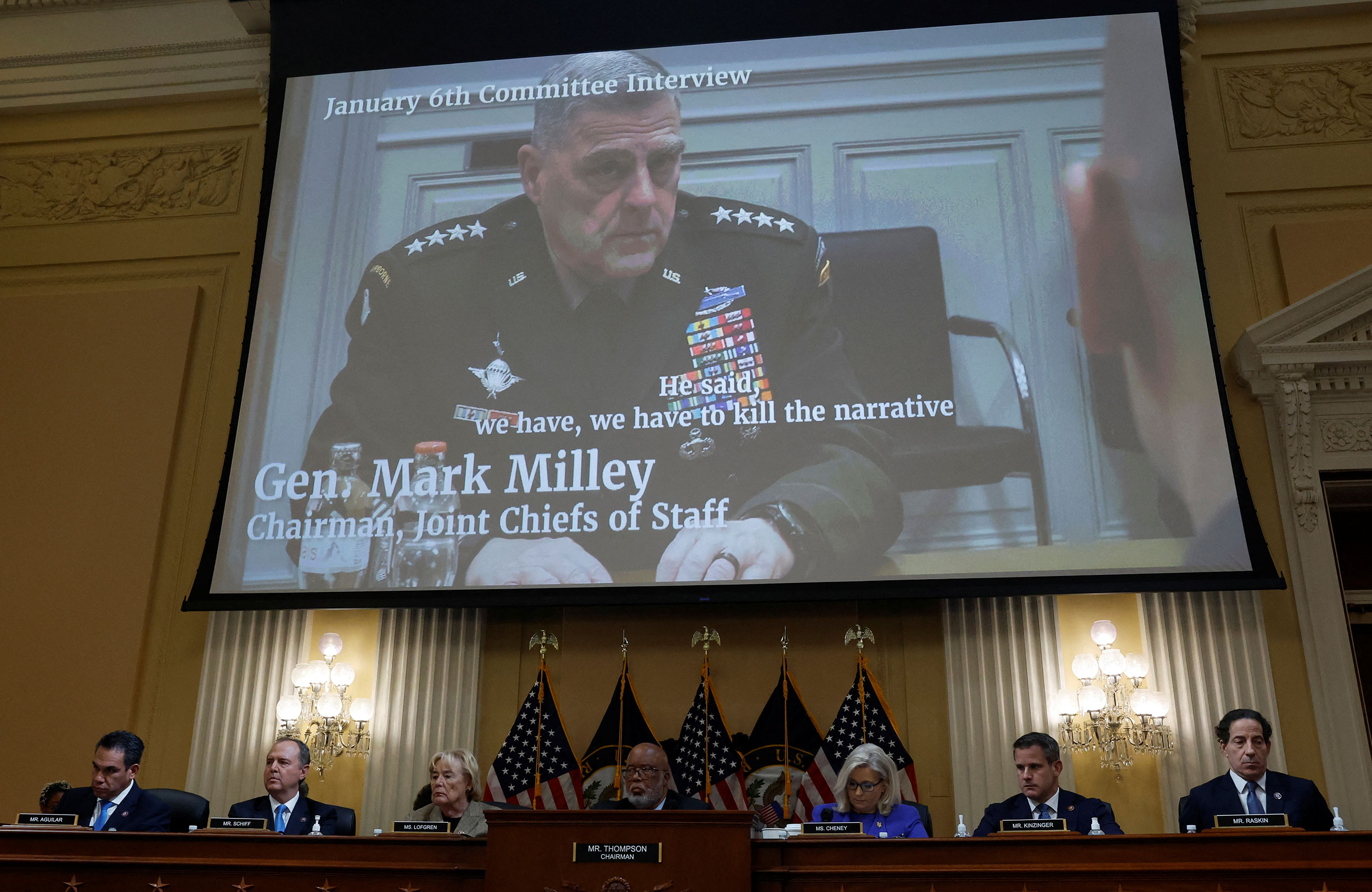 Rep. Liz Cheney, the vice chair of the Jan 6. committee, revealed new video from the committee’s interview with Chairman of the Joint Chiefs of Workers Mark Milley saying then-Vice President Mike Pence was the one who ordered Nationwide Guard troops to answer the violence on Jan. 6, 2021, however that he was informed by the White Home to say it was former President Trump.

“Vice President Pence – there have been two or three calls with Vice President Pence. He was very animated, and he issued very express, very direct, unambiguous orders. There was no query about that,” Milley says within the video.

“He was very animated, very direct, very agency to Secretary Miller. Get the army down right here, get the guard down right here. Put down this case, et cetera,” he added, referring to Pence.

Milley additionally described his interactions with Trump’s chief of employees Mark Meadows that day, drawing a stark distinction between these conversations with Pence.

“He stated: We’ve got to kill the narrative that the Vice President is making all the choices. We have to set up the narrative, , that the President continues to be in cost and that issues are regular or steady, or phrases to that impact,” Milley says within the video, referring to what Meadows informed him.

CNN beforehand reported that Pence, not Trump, facilitated the mobilization of Nationwide Guard troops to answer the riot.

The video of Milley’s testimony, who stays the highest US army officer now within the Biden administration, speaks to how the committee will search to focus on what Trump was doing, and never doing, because the violence was spiraling uncontrolled – one thing CNN has beforehand reported shall be an space of focus in the course of the public hearings.