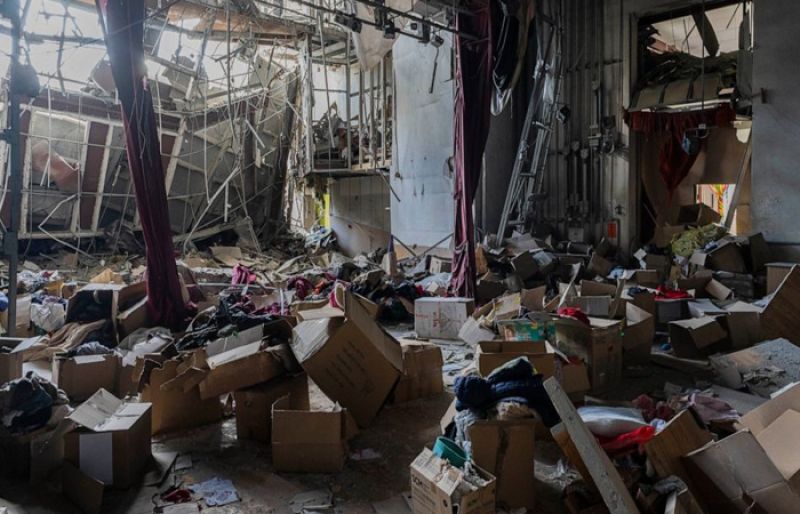 Almost three months after Russia shocked the world by invading Ukraine, its military faces a bogged-down war, the prospect of a bigger NATO and an opponent buoyed Sunday by wins on and off the battlefield.

Top diplomats from NATO met in Berlin with the alliance’s chief and declared that the war “is not going as Moscow had planned.”

“Ukraine can win this war,” NATO Secretary-General Jens Stoltenberg said, adding that the alliance must continue to offer military support to Kyiv. He spoke by video link to the meeting as he recovers from a COVID-19 infection.

On the diplomatic front, both Finland and Sweden took steps bringing them closer to NATO membership despite Russian objections. Finland announced Sunday that it was seeking to join NATO, citing how the invasion had changed Europe’s security landscape. Several hours later, Sweden’s governing party endorsed the country’s own bid for membership, which could lead to an application in days.

Ukraine said it held off Russian offensives in the east, and Western military officials said the campaign Moscow launched there after its forces failed to seize the capital of Kyiv has slowed to a snail’s pace.

Ukraine, meanwhile, celebrated a morale-boosting victory in the Eurovision Song Contest. The folk-rap ensemble Kalush Orchestra won the glitzy pan-European competition with its song “Stefania,” which has become a popular anthem among Ukrainians during the war.

President Volodymyr Zelenskyy vowed that his nation would claim the customary winner’s honor of hosting the next annual competition.